1. Jacob on his death bed
2. The blessing of Ephraim and Manasseh
3. Blessing of the sons
4. Jacob's bones return to Eretz Israel
5. Reconciliation
6. The death of Joseph

Once again we encounter an aging King David—this time in comparison to Jacob. Both are on their deathbeds, and both are in the process of parting from their children. But just as in the parasha "Hayei Sarah", there is a vast difference between them.
Jacob experiences two separate partings. The first is from his beloved son, Joseph, and his two grandsons, Ephraim and Manasseh. Like many elderly people, Jacob wanders between two worlds: the past and the present. On the one hand, he promises Joseph that even though the two boys were born to an Egyptian woman (Genesis 41:45, 50), he will adopt them as if they were his own sons: "Now, your two sons, who were born to you in the land of Egypt before I came to you in Egypt, shall be mine; Ephraim and Manasseh shall be mine no less than Reuben and Simeon" (Genesis 48:5), and they will inherit Joseph's portion in Canaan.
Thus he relates to Joseph as if he were his firstborn son, who is entitled, unlike his brothers, to two portions of the inheritance. This is in contrast to the law of the firstborn in the Book of Deuteronomy: "When he wills his property to his sons, he may not treat as firstborn the son of the loved one, in disregard of the son of the unloved one, who is older. Instead, he must accept the firstborn, the son of the unloved one, and allot to him a double portion of all he possesses; since he is the first fruit of his vigor, the birthright is his due" (Deuteronomy 21:16-17).
And in between, he recalls God's blessing at Beth El (Genesis 48:4) and the death of Rachel (Genesis 48:7).
After blessing his grandsons, Jacob calls in his other sons and blesses each one of them according to his character. Some of them—Reuben, Simeon and Levi—are chastised for past wrongdoings (49:3-4)
David, unlike Jacob, ignores all of his offspring and speaks only to Solomon. After exhorting him to follow in the ways of the Lord, "to walk in His ways, to keep His statutes, and His commandments, and His ordinances, and His testimonies" (I Kings 2:3), he drifts into a set of denunciations, starting with Joab ben-Zeruiah for "what he did to the two captains of the hosts of Israel, unto Abner ben-Ner and unto Amasa ben-Jether, whom he slew and shed the blood of war in peace" (I Kings 2:5), then against Shimei ben-Gera, who sided with Absalom when the latter rebelled against David: "[H]e cursed me with a grievous curse the day I went to Mahanayim; he came down to meet me at the Jordan, and I swore to him by the Lord, saying, 'I will not put thee to death with the sword'" (I Kings 2:8). Even with his dying breath David asks to take revenge upon those who hurt him and adjures Solomon to carry out the punishment they deserve. 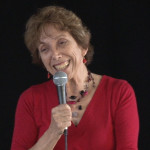 Rinah Sheleff is a retired lecturer in Bible Studies at the Kibbutzim College of Education, Tel Aviv.  She specialized in teaching methodologies that incorporate the creative arts as a way of emotionally connecting students with the human dilemmas inherent in Bible stories. Rinah is also a professional storyteller and a movement instructor.  Currently she is working with a team of storytellers on a project designed to make Talmudic and Hassidic  stories accessible to the public at large. She is a founding member of a women's Rosh Hodesh group that has been meeting for over 20 years, and was also active in creating the Tali School in Hod HaSharon. And she loves Susie Dvoskin. 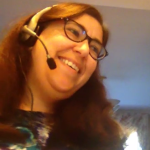 Helaine Ettinger is studying towards an Executive Masters program in Jewish Education. She is a 1991 ordinee of the Hebrew Union College-Jewish Institute of Religion. She lived for nearly five years in Kfar Saba, Israel and was an active member of the Masorti congregation, Hodv’Hadar. While in Israel she taught in the Masorti movement’s Bar and Bat Mitzvah for the Special Child program. Since returning to the United States in 2001 she has been Synagogue Outreach Coordinator for the MetroWest Jewish Health and Healing Center (2001-2003); a Board member of the Solomon Schechter Day School of Essex and Union; and a teacher in the Florence Melton Adult Mini School. She has served two congregations, the Jewish Congregation of Kinnelon for 13 years and Congregation B’nai Harim for 3 years.  Within the Reform rabbinate she has been active in the Women’s Rabbinic Network and served as Co-President 2012-2014. She is married to Henry Bloom and the mother of Lyla, Yael, and Shai Bloom.